How to get the hang of e-commerce in warehouses? [REPORT] 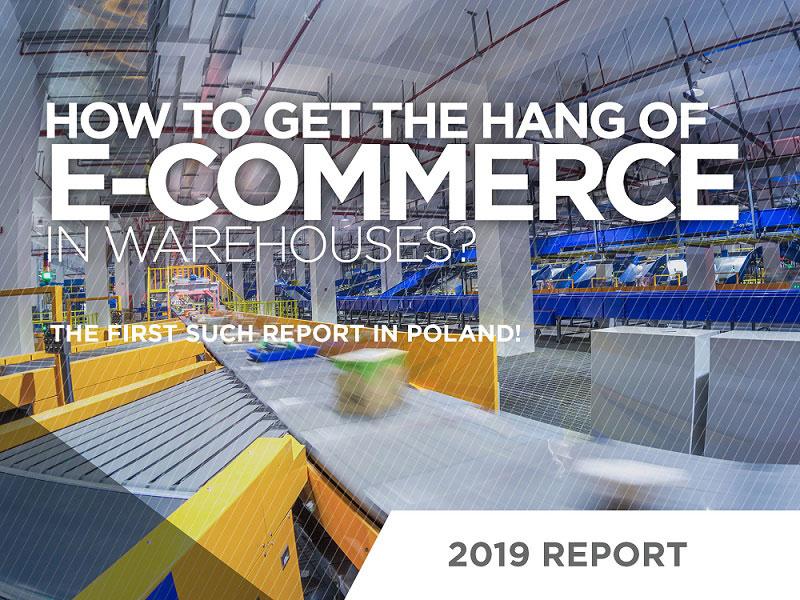 Warehouse stock dedicated to e-commerce in Poland has reached nearly 4 million sq m. The largest volumes of warehouse space available to online retailers are in the Łódzkie voivodeship (887,000 sq m), Lower Silesia (716,000 sq m) and Silesia (621,000 sq m). Global real estate services firm Cushman & Wakefield has published its pioneering research How to handle e-commerce in a warehouse?, which includes an overview of the Polish industrial market from the perspective of e-commerce and key trends having the strongest impact on the sector’s further growth.

According to statistics, retail e-commerce sales worldwide amount to USD 3 trillion per annum, with Asia experiencing the fastest growth of almost 30%. By comparison, e-commerce in Europe is estimated at more than EUR 602 billion, nearly 60% of which is generated by three markets: the UK, Germany and France. At the end of December 2018, Poland’s e-commerce market was worth more than PLN 50 billion, accounting for over 2% of the European e-retailing, but is likely to hit PLN 80 billion in the coming years. The rapid growth of e-commerce is largely being driven by the expansion of omnichannel and the rising penetration rate of online retailing (share of total sales). Retailers are focusing on customer experience to enable convenient and quick shopping on any device. In response to customers’ needs, they are already developing additional mobile sales channels. Looking ahead, this is expected to have a considerable effect on return logistics and improving processing times. With further technological advancements and new sales channels gaining in importance, e-commerce tenants will force the warehouse market to change.

“The logistics market is a reflection of retail trends. As omnichannel is increasingly turning into a new retail strategy combining offline and online transactions, big data and logistics, warehouses are no longer just places for pallet loading, unloading and storage, but have become centres where to gain a competitive advantage and develop added-value products and services. Modern logistics spaces are complex combinations of diverse storage and order picking zones, operational and return processing space.

This is also increasingly relevant to the human-automation symbiosis. There is still a long way to go before drones do stocktaking, but intelligent cognitive robots, complex sorters and multi-level pick towers being integral parts of a warehouse ecosystem are now standard features. This is confirmed by our research that has also revealed other trends such as ongoing VAS customisation and setting up 3D printing points in warehouses” says Damian Kołata, Associate, Industrial and Logistics Agency, Cushman & Wakefield.

Increased warehouse automation, the need to open distribution facilities in new locations and logistics operations moving from Germany and Scandinavia to Poland are key trends on the e-commerce warehouse market according to both developers and logistics operators. 94% of companies based in Polish warehouses focus on distribution on the domestic market and 56% target Central and Eastern Europe (the Czech Republic, Slovakia, Hungary, Romania, Bulgaria and the Baltic states). All tenants serve Western European markets, including Germany, Italy and France. More than 31% of clients serve Scandinavian markets (Denmark, Sweden, Norway and Finland), with 19% focusing on other locations.

“Deciding where to locate a warehouse for e-commerce is of strategic importance and is driven by two factors: ability to guarantee seamless distribution to shorten delivery times to the minimum and labour availability. High quality road infrastructure and a large labour pool to meet the challenges of demand fluctuations and sales peaks are therefore critical in this setting. In the current labour market, the choice of a location is sometimes a compromise with investors favouring regions offering an easier access to labour such as western and north-eastern Poland.

Poland has been consistently rated as an excellent destination for global business for years. Research has confirmed that both manufacturing plants and local distribution facilities in Poland enable efficient supplies to both the local market, and the CEE region (the Baltic states, the Czech Republic, Slovakia, Hungary, Bulgaria and Romania), Western Europe (Germany, Italy, Spain, France, the Benelux countries), Eastern Europe (Russia, Ukraine and Belarus) and Scandinavian markets (Denmark, Sweden, Finland and Norway). According to entrepreneurs, Poland’s key strengths include its workforce availability, labour costs, geographical position, well-developed transport infrastructure, and the quality, provision and costs of its warehouse facilities” says Joanna Sinkiewicz, Partner, Head of the Industrial and Logistics Agency, Cushman & Wakefield.

“Today it is the customer who decides where and when a transaction takes place. Consumers want to have an opportunity to shop anywhere and at any time, making the location of a warehouse that guarantees flexibility and quick delivery a critical success factor in business. Other important aspects include return logistics and re-commerce, that is the process of selling returned or used goods. Such operations generate huge requirements not only for warehouse space, but also human resources, hence the enormous potential of Poland as a European logistics hub, clearly demonstrated by our pioneering research” adds Damian Kołata.

Despite the tight labour market, Poland remains very attractive in comparison with Western countries. In response to the question about the number of e-commerce employees in logistics parks and warehouses, a vast majority of the respondents in Cushman & Wakefield’s survey indicated the top bracket (more than 500 people). 73% of the developers and 100% of the logistics operators expect such headcounts to grow in the coming years. The opposite view was expressed by only 27% of the developers. According to Eurostat’s data, the Polish labour market remains one of Europe’s top markets, particularly in terms of hourly labour costs standing at EUR 10.1 in Poland compared to EUR 34.6 in Germany or EUR 43.5 in Denmark.

“Poland is being targeted particularly by e-retailers. Given the exponential growth of this sector, the huge demand for labour and the importance of distribution in terms of quality and costs, Poland is seen as an ideal choice for e-commerce distribution centres. Hence, this sector’s unwavering interest in our country and growing number of tenants looking for locations to serve Western Europe, Scandinavia and Central Europe” adds Joanna Sinkiewicz. 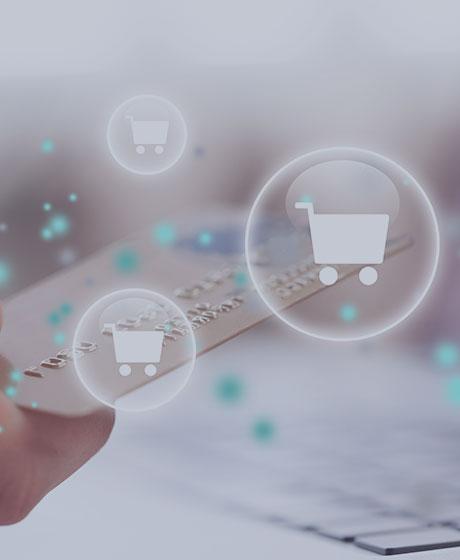 E-commerce is changing the face of retail