Intermodal logistics - what is it?

Intermodal logistics is becoming an increasingly important part of the supply chain. This forces the growing importance of Asian economies and the trend of minimising the carbon footprint by reducing wheeled transport.

Economic globalisation, a surge in freight transportation and especially the shifting of the core of global manufacturing processes towards Asian countries, and China in particular, have driven the rapid growth of intermodal logistics which is a complex supply chain model.

The history of this type of logistics is relatively short as the first container ship carrying 58 containers left the Port of Newark in 1956. Today’s ships successfully carry more than 10,000 twenty-foot equivalent units (TEU – a unit of capacity equivalent to the capacity of a twenty-foot long container.

What’s it all about?

Intermodal logistics involves a combination of at least two means of transportation into a single system, without changing a container when freight is transported. This method most often uses containers (largely in sea transportation), but also modern semi-trailers which can be uploaded onto a rail platform.

The second option is most successful on shorter distances and is being strongly promoted by many European countries for both sustainability reasons and road safety.

Responsibility for the organisation of the entire intermodal freight transport is assumed by a single operator, so a strong track record and efficiency are key. Intermodal logistics enables swift transloading of freight from one mode of transport to another (the most effective for each part of the journey), with no need for moving shipped goods between containers. This significantly reduces costs, delivery times and risks of damage.

Intermodal logistics is not only about transport

The longest phase of the transportation process ends with the completion of a journey and the arrival of a truck at the warehouse. The next step is swift freight unloading and acceptance. It is worth remembering that the allowed laytime for containers is limited and only swift handling can help avoid demurrage charges.

Of course, the simplest way of unloading would be to do it manually (to place goods on pallets and have them stretch wrapped), but alternative solutions are now required due to labour shortages and rising labour costs.

One of such solutions involves the use of special slip sheets beneath goods to quickly collect goods in bulk from containers and place them on pallets. What is only needed - in addition to disposable slip sheets - is a forklift with a special push-pull attachment. Surprisingly enough, this technology has hardly taken root in Poland as according to the data of a leading fork lift supplier only two clients have had such attachments fixed in recent years.

A properly located terminal is a key element of logistical infrastructure to enable the handling of container loads. Two fundamental factors should be considered when making a decision about where to locate a terminal: the concentration of industrial production and urban areas, as well as the places where transportation routes meet - be it road or rail corridors and seaports.

Growth and outlook for Poland

Intermodal logistics has maintained a strong growth momentum in Poland in the last decade. According to the data of the Polish Railway Transport Office, intermodal rail transport has seen a fivefold increase in the past ten years from 3.3 million tonnes in 2009 to 17.0 million tonnes in 2018. 2018 was the most active year ever and the data for early 2019 revealed a further upward trend, with the first quarter posting a 19% growth.

This growth is being driven by the support of the European Union, an advocate of combining all modes of transport into one network. Surprisingly enough, in addition to road, sea and air, inland water transport is also to be integrated.

The growth of intermodal logistics is strongly dependent on technical infrastructure – required are investments whose burden is most often beyond the capabilities of privately-held organisations or even local governments, thereby central authorities have a key role in supporting the upward trend. The New Silk Road is an excellent example of such initiatives.

Poland is one of key partners of this initiative, largely on account of its strategic geographical location. The container terminal in Małaszewicze, which is part of the project, is likely to emerge as a rail equivalent of the seaport of Hamburg for sea freight or Frankfurt airport for air freight on the logistics map of Europe. 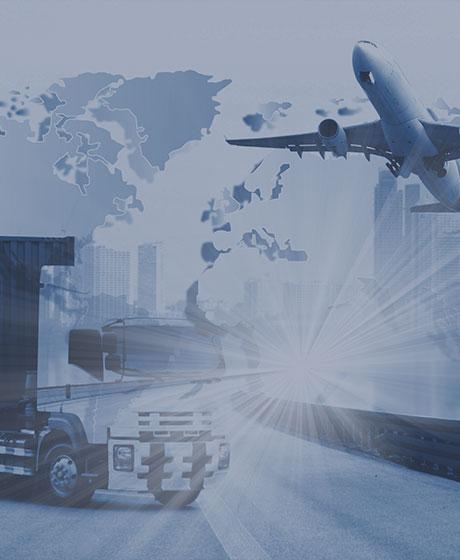 See other news from the world of logistics and transport

Check out our articles