Central Poland, located at an intersection of Poland’s two main motorways, is one of the largest industrial markets in the country. Its logistics locations boast many advantages and the region itself continues to enjoy a growth potential despite its size.

Central Poland is one of the largest industrial markets in Poland and comprises Łódź and surrounding locations such as Konstantynów Łódzki, Pabianice, Nowosolna, Stryków, and Piotrków Trybunalski. This region’s recent growth has been nothing short of spectacular. Its total industrial stock has expanded by more than two million square metres over the last five years, of which approximately 730,000 sq m is in Łódź and neighbouring locations; this represents a threefold increase in its size!

Advantages of warehouses in Central Poland

An undoubted advantage of Central Poland is its geographic position in the centre of the country and well-developed road infrastructure, which comprises the A1 and A2 motorways and S8 expressway, connecting the urban areas of Wrocław, Łódź, Warsaw, and Białystok.

Key industrial and warehouse centres and districts in Łódź and its vicinity are located close to fast traffic roads encircling Łódź. Over the years the largest warehouse clusters have been in Stryków, located at an intersection of the A1 and A2 motorways, and in the Łódź Widzew district. The latter’s growth has been driven not only by its proximity and access to the A1 junction, but also by the high availability of greenfield sites and the municipality’s openness to collaboration with developers through spatial planning with a focus on manufacturing and provision of suitable public transport services.

The map of available and planned development sites within the Łódź conurbation shows that growth is gathering pace in the area to the south-west of the city, that is the vicinity of Konstantynów Łódzki and Ksawerów.

Central Poland continues to enjoy a large growth potential, driven by the construction of the S14 expressway (the western ring road of Łódź) and Pabianice’s ring road. Upon completion, this route will connect the A2 motorway (Emilianów junction) and the S8 expressway (Róża junction), running south to the west of Łódź, Zgierz and Pabianice. It will be approximately 41 km in length and run exclusively across the Łódzkie province, through Zgierz, Aleksandrów, Konstantynów and Pabianice, and three Łódź districts: Górna, Polesie, and Bałuty. The new stretch of S14, which is scheduled for delivery in 2023, will complete the orbital route of fast traffic roads encircling Łódź.

With road improvements underway, this area is seeing investors increasingly focused on acquisition and development of industrial projects there. It is in the Ksawerów region and the vicinity of Konstantynów Łódzki, where development sites totalling around 400 ha have been prepared. Development activity is also strong, with new warehouse projects under construction including Panattoni Park Łodź West in Niesięcin and 7R Park Łódź West II in Maratońska Street in Łódź. The south-west of the Łódź conurbation is therefore emerging as an excellent alternative helping ease the burden on the busy Widzew district. 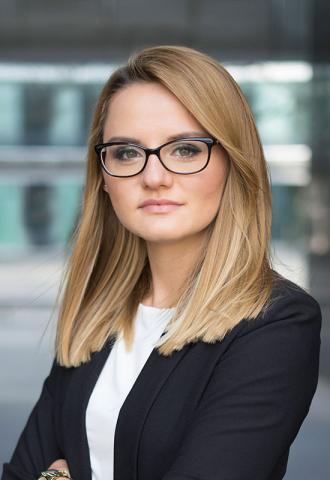 Find warehouse space for your business in the Central Poland! 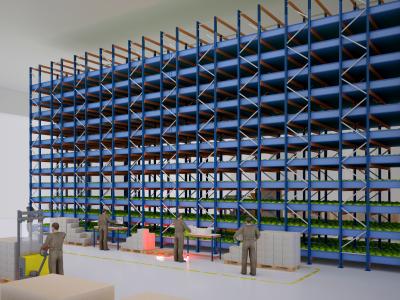