Manufacturing has been hard hit by the overall coronavirus situation and reduction in social contacts. In April 2020, manufacturing output was down by a quarter while car manufacturing plummeted by as much as four-fifths year-on-year. Exports of machinery and furniture also suffered. Construction and food industries fared a lot better. Many manufacturing occupiers scaled down operations and brought forward their traditional holiday breaks (from two to four weeks) to March or April, focusing on ensuring health safety and business continuity. Businesses are now gradually resuming normal operations.

Have these developments affected the growth of the Polish industrial market? Some manufacturing occupiers have indeed reported temporary problems. They are, however, gradually resuming normal operations and reporting new requirements. In addition, the strength of the Polish industrial market is underpinned by various industries, including the growth in online retail penetration that has been accelerated by the lockdown. It is difficult today to assess the ultimate consequences of the pandemic, with many questions remaining unanswered, and while there is a risk of a second wave of the pandemic on the horizon, we need time to take stock of the overall situation.

The current crisis is likely to push manufacturers, among other things, to reduce the risk of having a location put under lockdown. They will be driven to hold more inventory in various locations and to diversify sourcing of raw materials and components to manufacture finished goods for European markets. Poland is likely to benefit from this trend in the long term. Key to this are Poland’s convenient geographical position in Central Europe, further growth of its transport infrastructure and relatively low labor and investment costs. The pandemic will push unemployment higher, which paradoxically could have a positive effect on the growth of the warehouse and industrial market, where rising labor costs and shrinking labor pools were cited as the main obstacles to faster growth.

Within the report, countries have been ranked by their projected ability to restart their manufacturing sectors once confinement measures are relaxed and business starts to return to normal. This “bounce-back-ability” ranking is based on six key variables weighted according to their estimated contribution to manufacturing sector recovery.

China retains top position on the baseline scenario ranking, followed by the United States in second.

“Both China and the U.S. offer a large consumer market, ample labor supply and incentives at both the federal and state level, as well as an established infrastructure network,” said Jason Tolliver, Global Head of newCommerce Research at Cushman & Wakefield. “With the rapid adoption of technology into production processes, the U.S. and its higher-cost workforce could start to be better aligned to compete with China for manufacturing jobs.”

“We’re seeing a severe disruption in economic activity across the board and the data we’ve been able to accumulate has shown the benefits and pitfalls of our global interconnectivity,” said Lisa Graham, EMEA Head of Industrial Research at Cushman & Wakefield. “However feasible and desirable, reshoring on a mass scale is not realistic and will not happen in the immediate term. Instead, to build resilience in the event of a second pandemic wave or second lockdown period, manufacturers are more likely to address the two most pressing vulnerabilities: materials and component sourcing and supply chain disruptions.”

The report also examined political and economic risk factors, showing Canada topping the list in 2020, up one spot from 2019 and pushing the United States into the second spot. Singapore jumped from sixth place to third, Germany moved from seventh to fourth and China rounded out the top five.

The third category studied was overall cost ranking, including labor and operating costs. In this category, this year’s MRI cost scenario rankings reflect the broad impact of the US-China trade dispute on regional positioning. While China retains its lead position, Vietnam and India jumped to second and third positions, respectively. 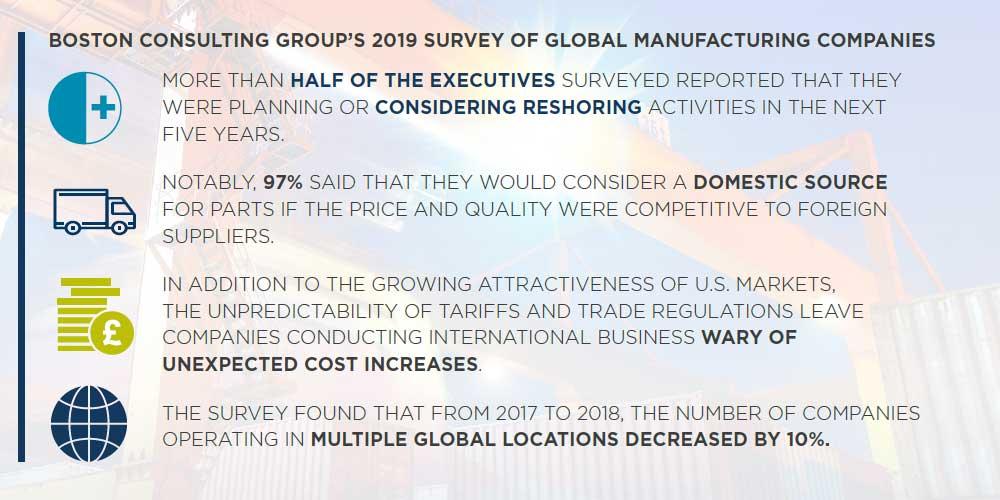 “The manufacturing shift towards Southeast Asia has been a long time in the making. As minimum wages in China grew, more orders for labor intensive products, such as clothes, toys and shoes, shifted to less expensive locations,” said Tolliver. “However, despite government initiatives to attract manufacturers by Southeast Asian countries, China retains a clear infrastructure advantage with the ability to efficiently move goods via road, rail or sea transport.”

“The current pandemic leaves many unanswered questions as to what is in store for the global manufacturing sector,” said Tolliver. “We’re optimistic about its future, but it will ultimately depend on the industry’s components that are currently flourishing, as well as those countries and manufacturers that are still operable during the current onset of new challenges.” 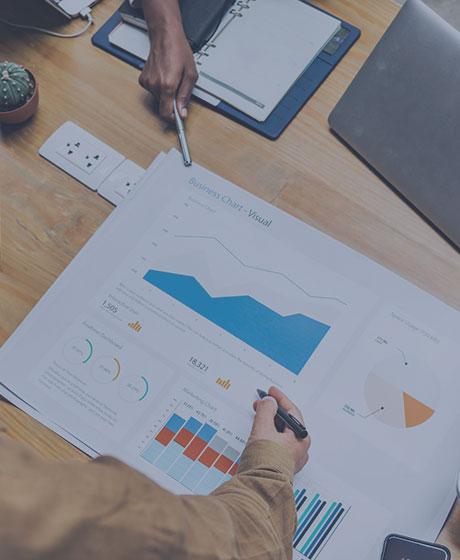